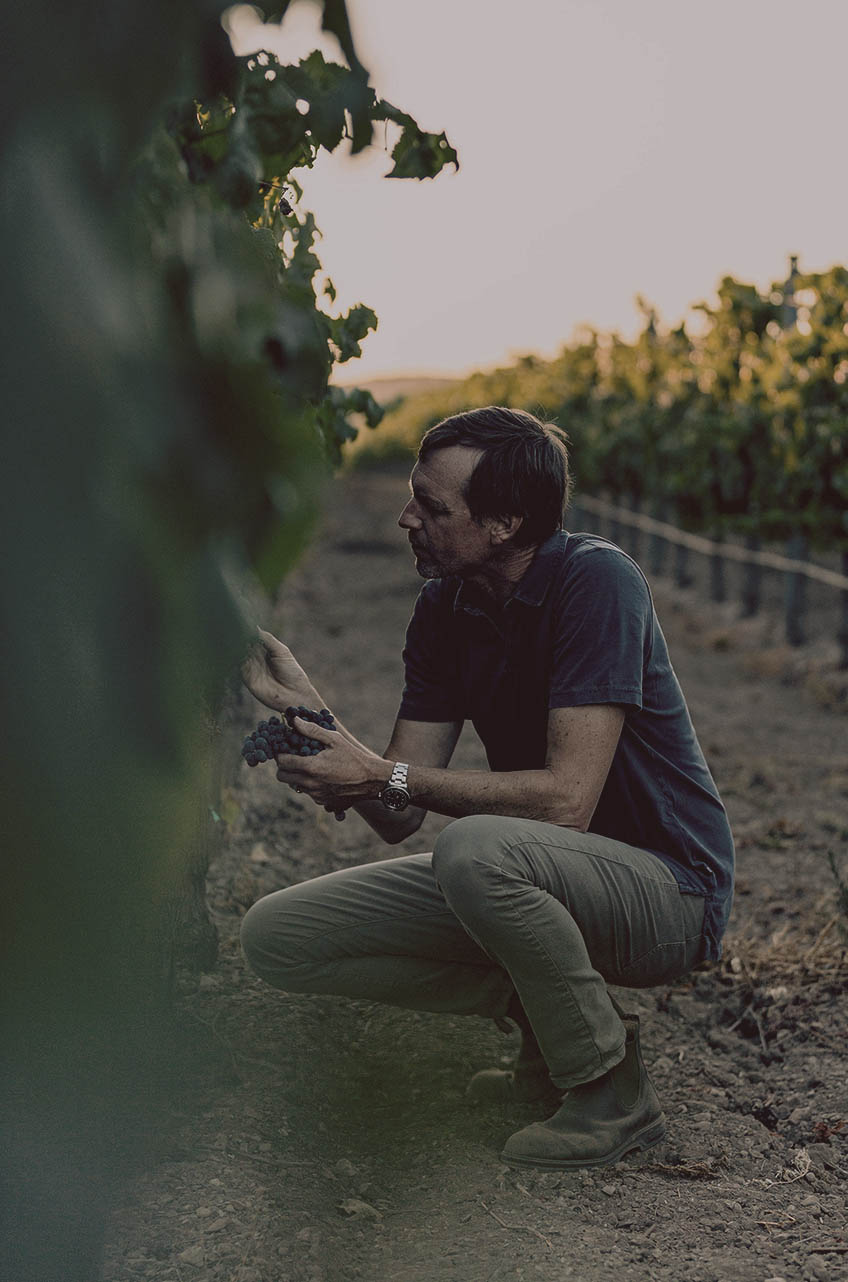 Andrew Murray fell in love with the emerging Rhône varieties, Syrah and Viognier, in the late 1980’s while traveling through France’s Rhône Valley. Leaving his UC Berkeley paleontology studies behind, he pursued his new mistress, Syrah, with an internship in Australia. His three-month tryst evolved into a 15-month romance with the famed Australian Shiraz. Returning to the states, he earned a bachelor’s degree in viticulture and enology from UC Davis’ renowned wine program, then founded his eponymous Santa Ynez winery and vineyard. Andrew and his family were drawn to the natural beauty, climate, soils and topography of Santa Barbara County. It all reminded him of his travels through the Rhône Valley where he first fell in love with the notion of winegrowing while just a teenager.

Andrew’s focus and dedication to his craft have culminated in what Robert Parker, Jr. calls, “…one of the shining stars in the Santa Barbara firmament.” This perennially youthful perfectionist has been named ‘Tastemaker of the Year’ by Food and Wine Magazine, as well as, ‘One of the most fearsome talents in food and wine.’ Still, despite myriad accolades, Andrew remains the same modest, approachable, contemplative man he was when he first embarked to Australia back in 1992. He is eternally committed to vinicultural ‘Kaizen’ – the unrelenting pursuit of continuous improvement.

As Robert Parker, Jr. put it, “…Andrew Murray’s offerings are a breath of fresh air given their exceptionally high quality and realistic prices – reader take note.” We hope you’ll come visit us and delight in sampling the fruits of Andrew’s passionate labors.

Keep up to date on the latest wine releases, events, and promotions.